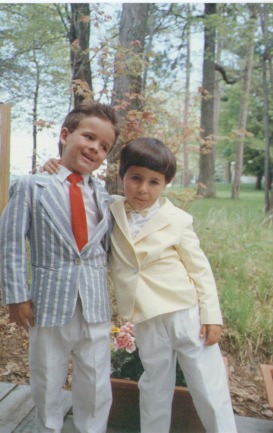 I grew up in an average suburban home in Minnesota. My favorite memories were playing football, baseball, hockey, and building forts with the neighbor kids. Today, I look at everything before my accident as my youth. In one day I was forced to grow up. Everything after the accident became my adulthood.

In the summer of 2000, I knew exactly what my goals were.  I knew where I was heading.  I had worked 10 arduous years to get to that point.  My goal was to represent the United States in speedskating at the 2002 Olympics in Salt Lake City, Utah.

Skating taught me a lot. I learned disciplines and the rewards of hard work.  I began my training when I was eight years old.  At seventeen, I won the National Long Track Speedskating Championship and the North American Championship.  I worked hard for those titles.  I trained year round – sometimes twice a day – from six in the morning until long after dark.  I paid close attention to what I put in my body and was careful to get the right amount of sleep.  I was totally focused on my sport.  Before I did anything, I thought about how it would affect my skating.  Speedskating was my life.

Life is subject to change.