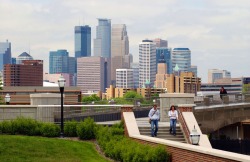 Jesus, I could use a beer, a Lutheran minister said to himself as he walked passed a young man's casket and stepped up to his pulpit.

Doing sermons like this for 30 years had taken a visible toll on the old man. When he was young, he hoped his words would heal. Now he just prayed he wouldn’t deepen any wounds.

“Although it is understandable to mourn our loss,” The preacher continued, “We must remember that death is not the end, but a new beginning.”

The congregation knew this funeral was going to be intense, but no one could possibly have imagined the depth of pain they would experience. They were caught up in a universe of indescribable emotions. Tears gushed, wails were released, and nearly everyone wanted to be somewhere else, anywhere else. A woman in the front sighed as the preacher finished his remarks.

“I know it will be difficult, but we can rest soundly knowing that Chad will rise again.”

Some were comforted by these words, but Chad’s closest friends didn’t buy it.

How were they going to rest soundly when their crew fell from 12 to 11?

You can’t replace a lifelong friend.

The group Chad belonged to called themselves, “The Ghetto.”  The Ghetto was a reference to a fantasy football league that the young men had participated in since they were in junior high school.

Today the group of friends discovered that The Ghetto was more than just a fantasy football league. The Ghetto was a group of men that would be forever linked by occasions such as fantasy drafts, guys’’ nights out, weddings, and unfortunately funerals. For as much shit as they gave each other, every one of them knew that they had 11 guys who loved them.

Throughout the span of their friendship fantasy football championships were won, girlfriends had come and gone, kegs were drunk dry, and they even spent a night in jail together. These things brought them closer, but nothing could compare to the closeness that they felt listening to the old preacher while their close friend’s casket sat a few feet in front of them.

After the funeral they were told to leave the church and meet in the narthex. The group hugged one another and took turns consoling Chad’s mother. They would usually be cracking jokes and giggling when they were together, but today was awkward.

“Post funeral conversation has to be the most uncomfortable type of conversation known to man,” One of the guys said. The rest agreed and tried to hold back socially unacceptable giggles.

“Do you know what would taste really good right now?” another one of the friends asked.

Six of the young men simultaneously responded, “A beer.”